On this page you can find some of the nicest custom and tuning Puch Maxi builds. These are carefully selected by us and most certainly will be a very good source of inspiration for you. 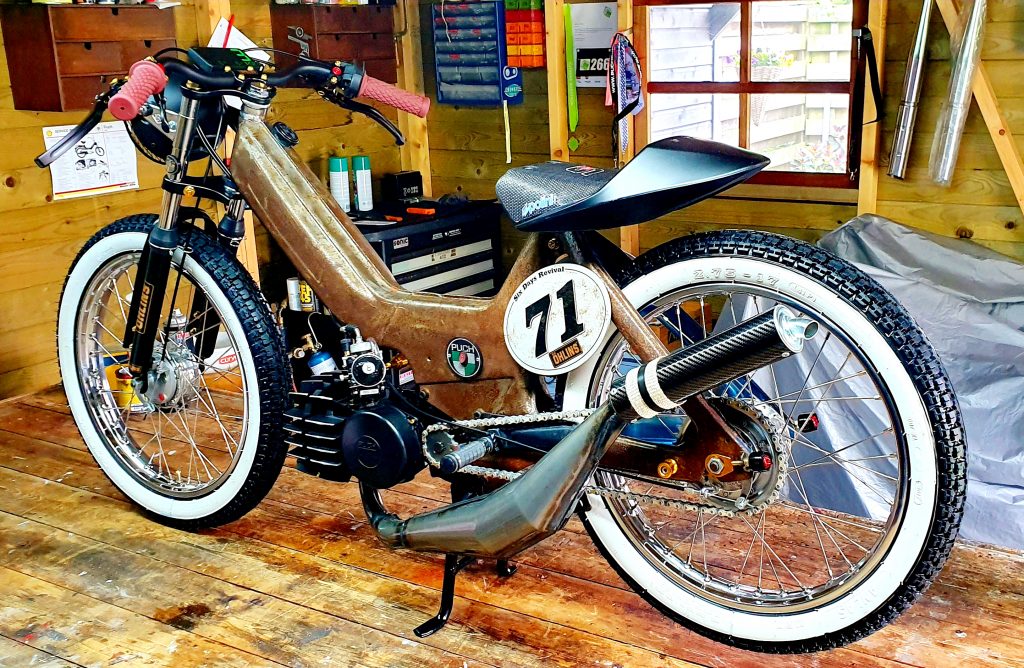 We already shared some project by Klaas, for example on our page The best Puch Maxi Mopeds of 2018 but this 1971 Puch Maxi N Rat tracker project is one of his most recent builds and it's a badass project!

Be honest, this project has some awesome looks. It has a badass rusty colour and an awesome led variable headlight. But the real beauty is in the smaller details. Check the titanium gold bolts and the 2 small rear lights. Just perfect.

If you're wondering what color is used, it's "gold rusty". Klaas removed the paint (until only the metal was left) and waited until nature did its work (rust ;-)). After that, he treated the frame with Owatrol so that the frame can't rust any further. The engine is painted in black (matt) Motip paint from Motip (heat resistant) 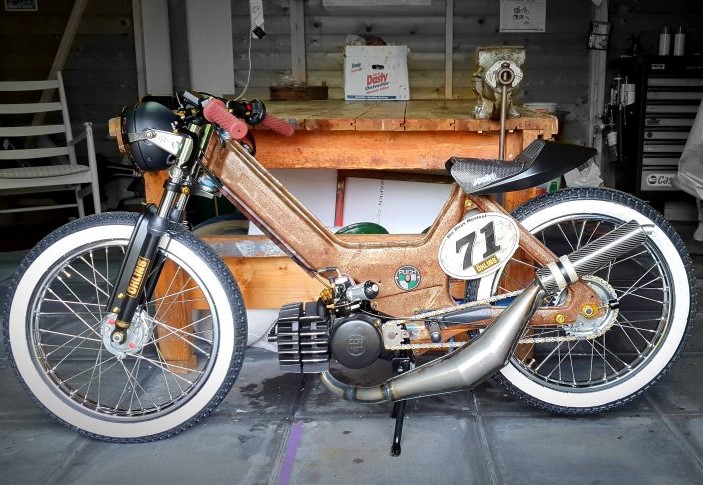 The owner explains his project:
I started from scratch, only a frame and a stock engine blok but I ended up with this 75cc and disc brake powered Puch Maxi Racer. It got painted with a VHT rinkel finish in black.

Jeff calls this Puch Maxi Racer 'The Joker'. If you look at the setup, you'll agree that you don't want to joke with this big boy. 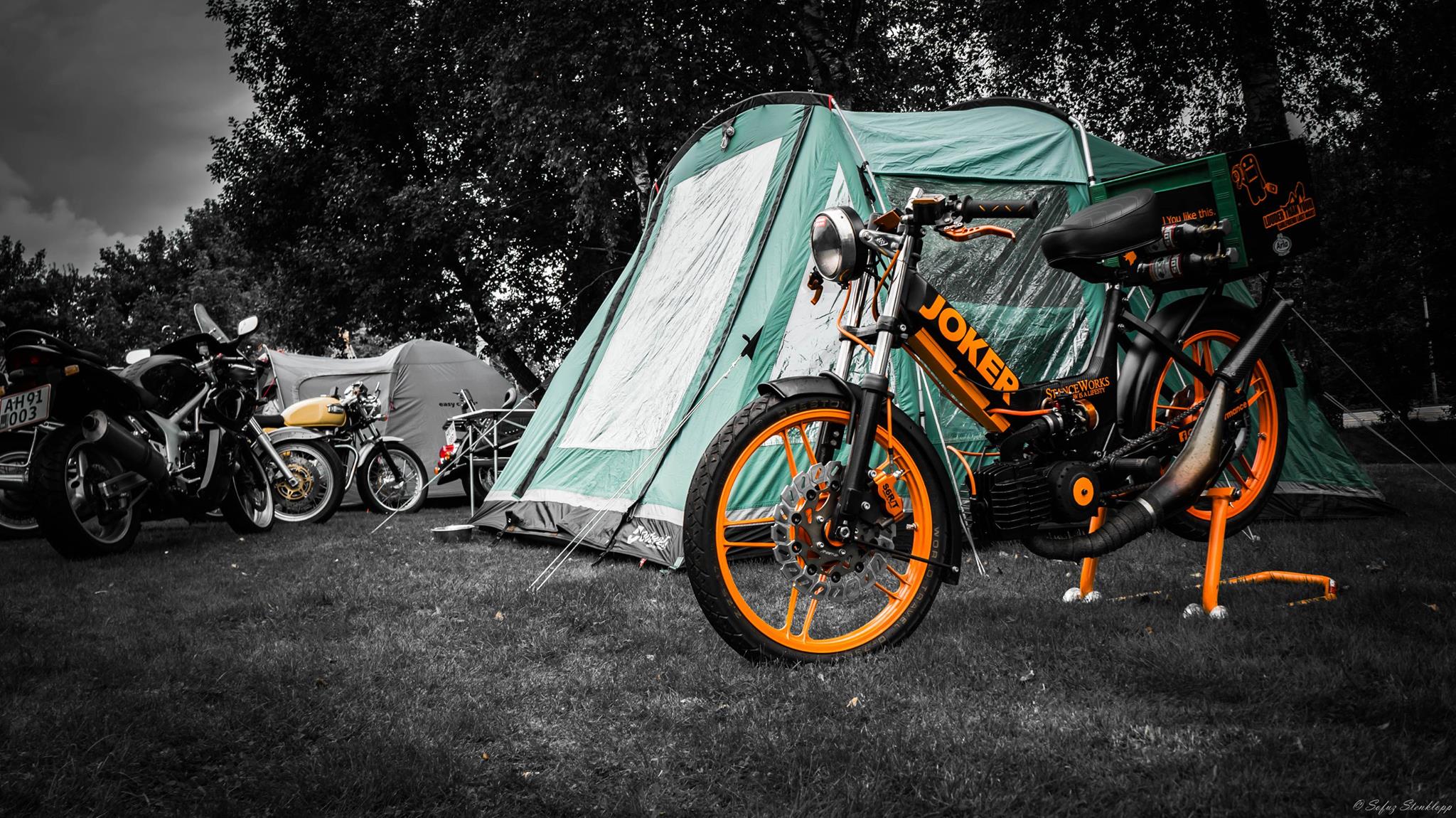 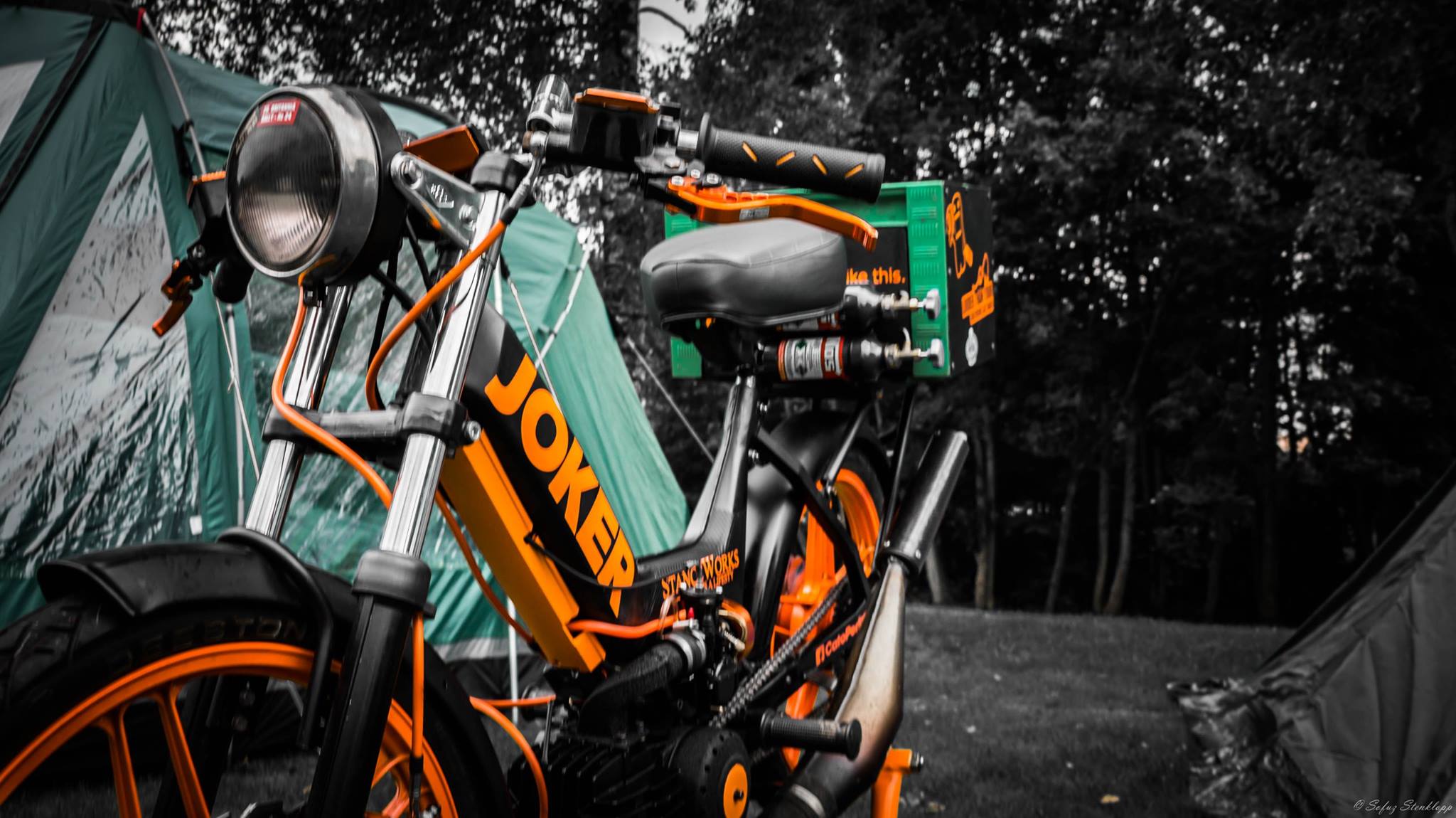 This Grey Puch Maxi S by the owner Maxi R. is an expensive awesome beast!  If you ask me, this Puch maxi looks really awesome. A great colour combination of grey, yellow, black and the use of white wall tires makes us want to eat this project.

The looks are awesome and so is the setup. The setup used results in a top speed of +100 km/h. The German owner Maxi spent ca. 2500 Euros in this project and more importantly a lot of hours of quality time.

A lot of the budget for this Puch project was spent on pretty expensive Puch parts such as:

A lot of parts are original others are bought new. If you look at the inlet than you'll see a custom 3D printed inlet. The headlight is foiled with a yellow foil resulting in a clean looking finished Puch Maxi custom build. 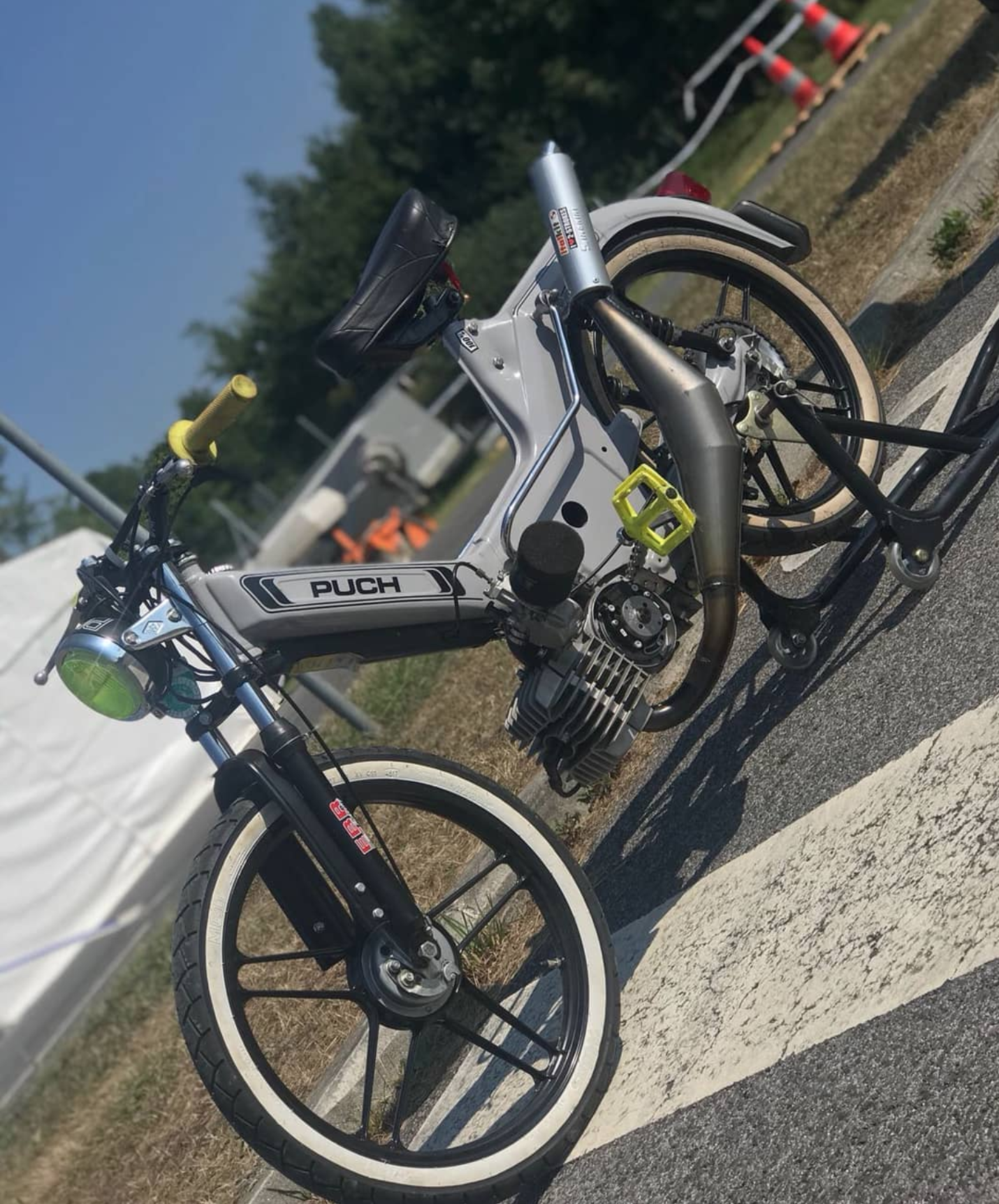 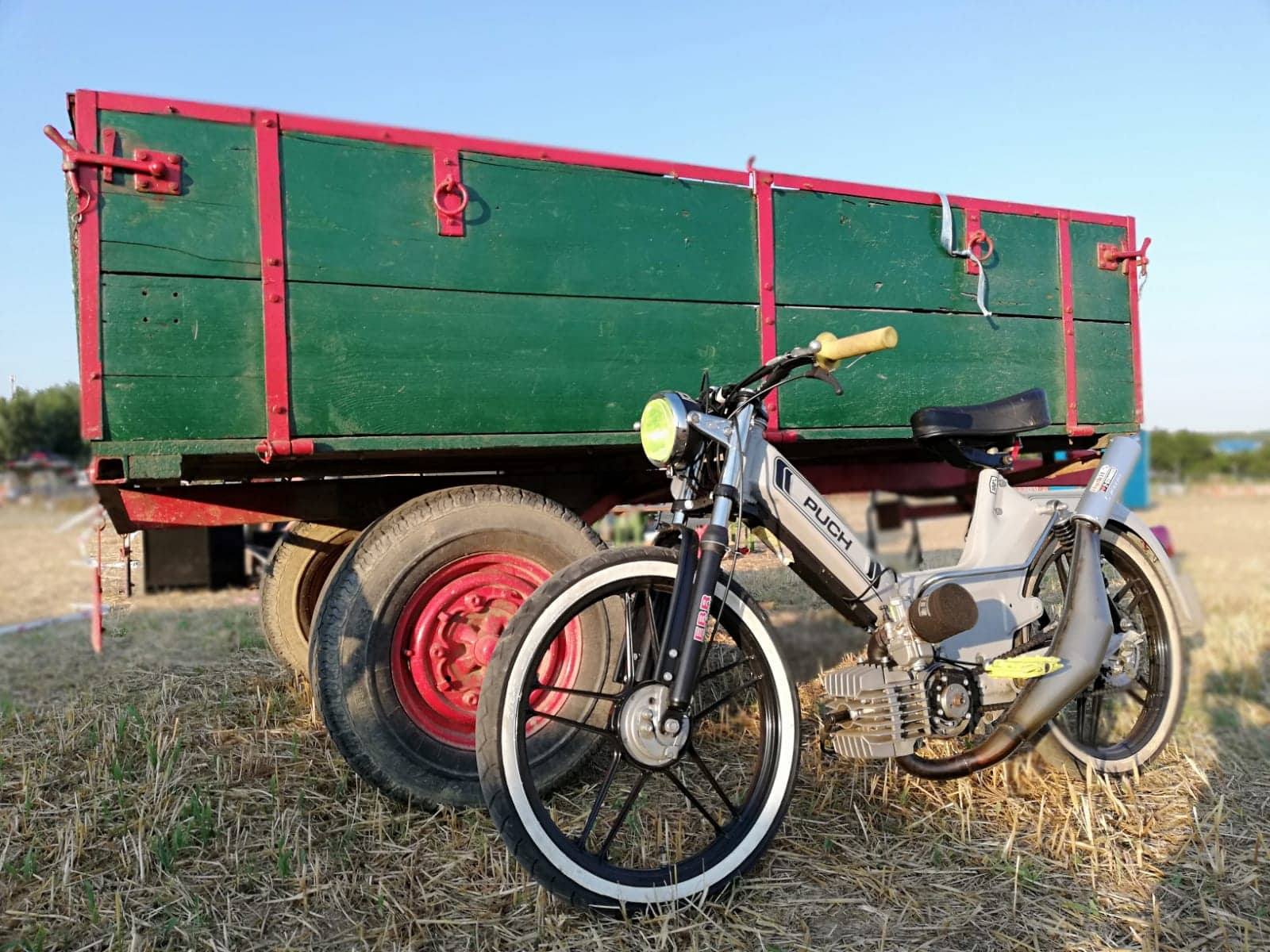 We hunted for the best Maxi's and found these 7 awesome builds. Vote on the projects you like!

Hundreds of setups are added by people all over the world. See what setup you'll need and what topspeed you can expect.

You can only vote once!