EXHAUST PRODUCES
A LOT OF SMOKE

Does your Puch Maxi smokes a lot? The following 4 causes will help you to define the cause and resolve the smoke issue. 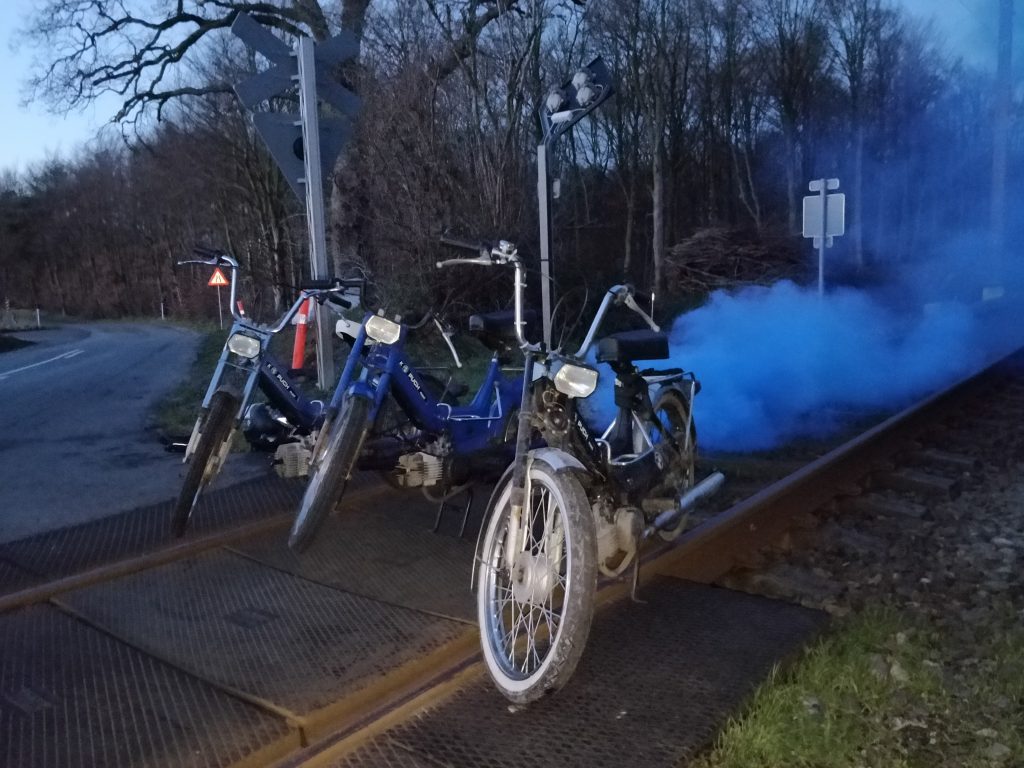 When your engine is cold, it is normal that your Puch moped smokes more compared to warmer days and certainly when it’s freezing. If you have been driving your Puch moped for 10 minutes and still a lot of smoke is coming from the exhaust, you'll need to look for the cause elsewhere.

A Puch moped is often a 2 stroke moped. This means that you need to add 2 stroke oil to the fuel. It is recommended to respect the communicated rations. The mixture ratio for a Puch Maxi is 1:50, meaning 1 liter of 2 stroke oil for 50 liters of fuel. If you don't respect this ratio and have added more oil than adviced, more smoke will come out of your exhaust.

Adding to much 2 stroke oil will also foul the spark plug resulting in problems starting your Puch moped. Generally speaking, if the smoke is blue, you probably have used to much oil.

Always respect the adviced ratio! If you use to much 2 stroke oil, the engine will not be damaged immediately but if you use less 2 stroke oil you can cause severe damage!

If the smoke coming out of the exhaust smells like fuel, you probably haven’t adjusted the carburator jet accordingly. Using a jet that’s too big will cause a lot more white smoke (to much fuel). Try a smaller jet and see if the problem is over.

4. A BAD OIL SEAL ON THE CRANKCASE

Last but not least, a leaking oil seal can cause a lot of smoke coming out of your Puch moped's exhaust. In this case you will need to open up your engine and replace the oil seal on the crankcase.s

If you have an issue that needs to be solved and this post didn't help, send an email to thomas@puch-mopeds.com and we'll cover it for you.